You're using an outdated browser. Please upgrade your browser to improve your experience.

I sincerely wish I had met Mr. John Catsicas many years ago.  In the short space of time in which we have known each other, he has helped me and my son immeasurably.

John is a mixture of good old fashioned common sense and a vast knowledge of health issues.

I have suffered from digestive problems since my childhood, and have been diagnosed as having an irritable bowel.  I am sure that as a result of this issue, I have, like my mother, developed quite debilitating arthritis.  I called on John after being prescribed with Celebrex to help with the arthritic pain and Nexium to deal with the resulting heartburn.  John’s sage comment to me, when asked his opinion, was that I was effectively “mopping the floor whilst the tap keeps running”.  It was exactly the situation, and for a chemist, whose livelihood depends on selling drugs, it certainly gave me utmost faith in him.  My faith in him was well placed as the remedy has proved.  I now no longer take either of the medications.

My son who suffers from Barrett’s oesophagus is only 25, and had a future of strong drugs in front of him. Again I asked for help from John.  In my son’s case he again has offered sensible advice which looks like it will prove successful in dealing with this potentially dangerous disease, without heading straight for the surgeon and a lifetime of drugs to alleviate the symptoms.

John has recommended a weight loss programme which also is proving successful, and as any middle aged woman would know, that is really quite a break through!

I look forward to a long professional association with John, as does my family. 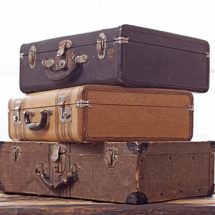 Maintaining your Health Routine While Travelling 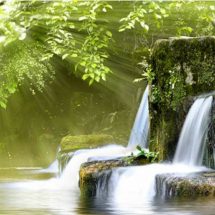 Finding the Fountain of Youth

Want to be the first to hear about our newest products, services and deals? Sign up to our newsletter today!

Proprietors: John Catsicas, Elise Dafinis & Stephanie Catsicas. Pharmacist available - Monday to Friday 8:30am to 10pm and Saturday & Sunday 9am to 9pm, Public Holidays 10am to 2pm or as advertised

*Please note that not all products available online are available in store, In addition, prices may vary slightly. *Actual product or product packaging may vary slightly from product image shown *Always read the label. Use only as directed. If symptoms persist, see your Healthcare Professional. Vitamins may only be of assistance if your dietary intake is adequate. All original prescriptions must be received before any prescription items are shipped. See terms and conditions for more information

We offer all Flu Injections & Covid-19 vaccinations & boosters except for children under 16.